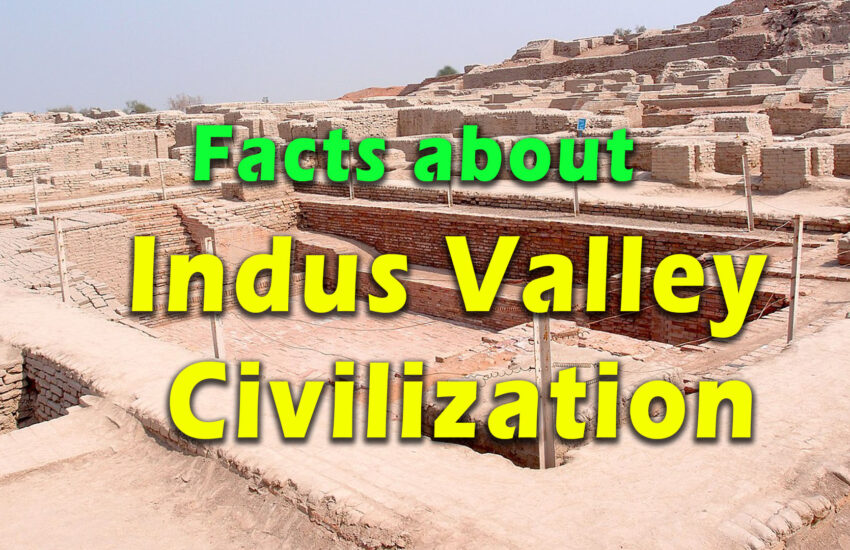 Brilliance of our ancestors

We can see skyscrapers and shopping malls and gaming arcades and airports all around us. We live in a concrete jungle and have phones and tablets and even 3-d printing now! But how did people live in the olden days, before we had all this?  Since we can’t jump into a time machine to go and check it out, all we can do is use the evidence that we have around us.

The most important evidence of our past that has presented itself till date was when the remains of the long-forgotten cities Mohenjo-Daro and Harappa were unearthed by archaeologists (scientists who study human history by digging up human remains and artifacts). And these were the ruins of what we call the Indus Valley Civilization.

Where is this Indus Valley Civilization?

The civilization now lies in modern-day Pakistan, extending to north-west India. It was built by early settlers around the river Indus (which is, interesting to note, also the origin for the name of our country, India since the river’s name mentioned in the Vedas was Sindhu, which the invading Greeks pronounced as Indus). It’s also the longest river in Pakistan.

The first recorded instance of someone noticing that there was something under the ground was when Charles Masson British gentleman traveling in India in 1826 stumbled upon some mysterious brick-mounds that looked like ancient castles. Exactly thirty years later, when a railway track was being built in that area, some engineers found more of these brick mounds. This was first time when people realized that this was not some random collection of bricks next to a construction site, but an entire city lost to time. And this city was Harappa. In the same year, General Alexander Cunningham (who went on to become the first head of the Archaeological Survey of India, the government body that deals with history in this way) and his team found the first few Harappan seals in the Area.

Later in the 1920s, serious excavations (i.e. digging up the earth to find something under it) were undertaken by archaeologists, most notably among them Being Sir John Marshall, and one of the biggest discoveries concerning ancient India was made at the sites of Harappa and Mohenjo-Daro.

The typical Indus city was a planned city, with proper roads and walls and a drainage system. The main streets were up to 10 meters wide, enough for people to travel and transport goods in carts. The side streets were narrower. There were mud-brick buildings. Wells were dug at regular intervals for people to draw water from.. The city for its time had a very modern system of sanitation and sewage.

Some cities in the civilization had citadels constructed on high mounds where there were bigger buildings. Historians believe that the rulers and the other elite must have had their homes there. Most people lived and worked in the lower parts of the town, evidenced by the concentration of buildings in those areas. The villages were more densely populated and mostly inhabited by farmers and traders, which formed the main part of the population of the Indus Valley Civilization.

How did the families live?

Since most families were either farmers or traders, their houses were big or small depending on how well-off they were. But on average, their houses were built with the same strategies. The homes were cool inside due to the thick walls designed specially to deal with the summer heat. The small houses had just one big room. The bigger houses had many rooms that were arranged around a courtyard in the center.

The part of the house that faced the street had no windows to stop dust and noise from getting in. the lighting and ventilation was through the side windows. Many houses had even two or three floors, but after centuries, all that we can see are the lower levels.

Why are they just ruins now?

Between 2600 and 1900 BC(BC stands for ‘Before Christ’ and AD stands for ‘Anno Domini’) these cities on the banks of the river Indus flourishing and had established civilization and trade and a way of life. But, somewhere between 1900 and 1700 BC, this great culture began to fall apart. Trade stopped. The famous Great Bath (which was basically a huge common swimming pool) was built over. The cities and villages got over-crowded with the increasing population. Drains started to get blocked up. The mud-brick houses finally started to fall apart. And the civilization died.

What exactly caused all this?

There are various theories on what brought this prosperous civilization to an end. One main logic is that a great flood of the Indus swept away most of the civilization and what was left could never build their lives back. The second theory is that an invasion by the Aryan’s (a racial grouping of Europe) destroyed the entire city.

I hope that it was an interesting topic and was also a useful topic for everyone.